Off to Italy - mag orders sent out on our return 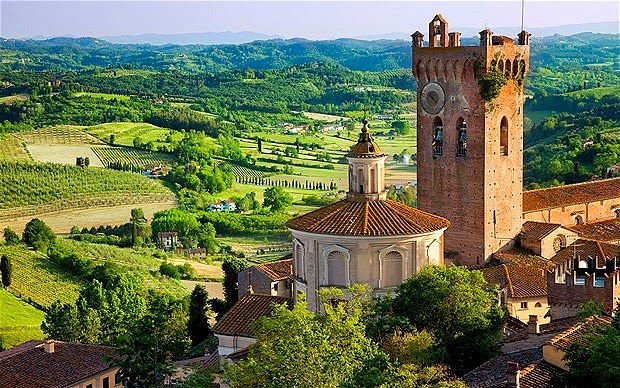 We're off to Italy for some work and relaxation purposes, so any magazine orders put in will be delayed until we return, apologies for any inconvenience.

We'll post anything of interest up on the while we're out there. In the meantime, "a presto!"
Posted by ITALIAN MOTOR magazine at 07:50 No comments: 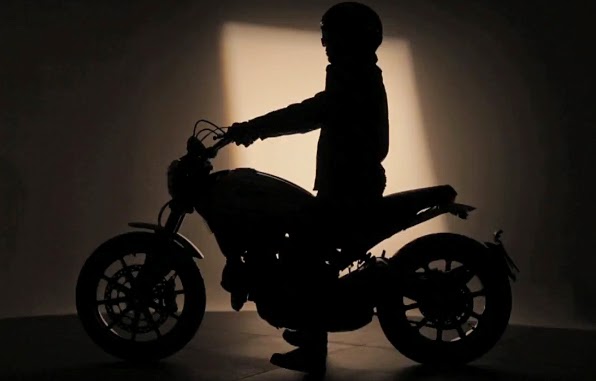 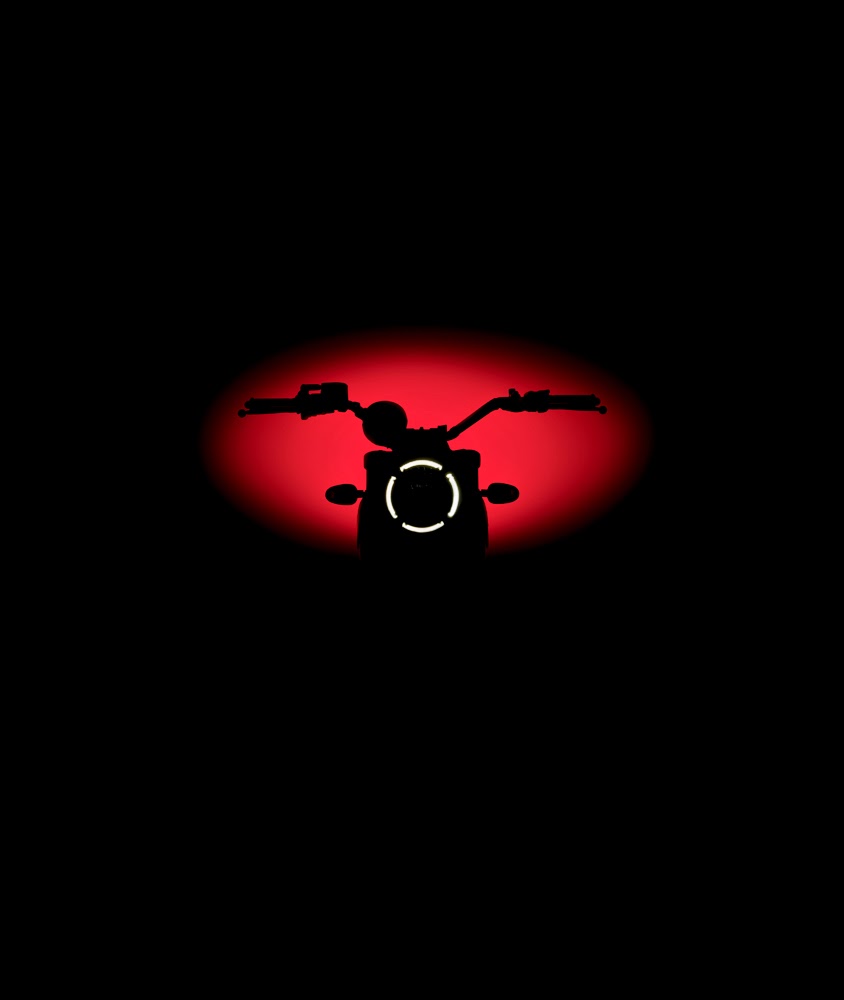 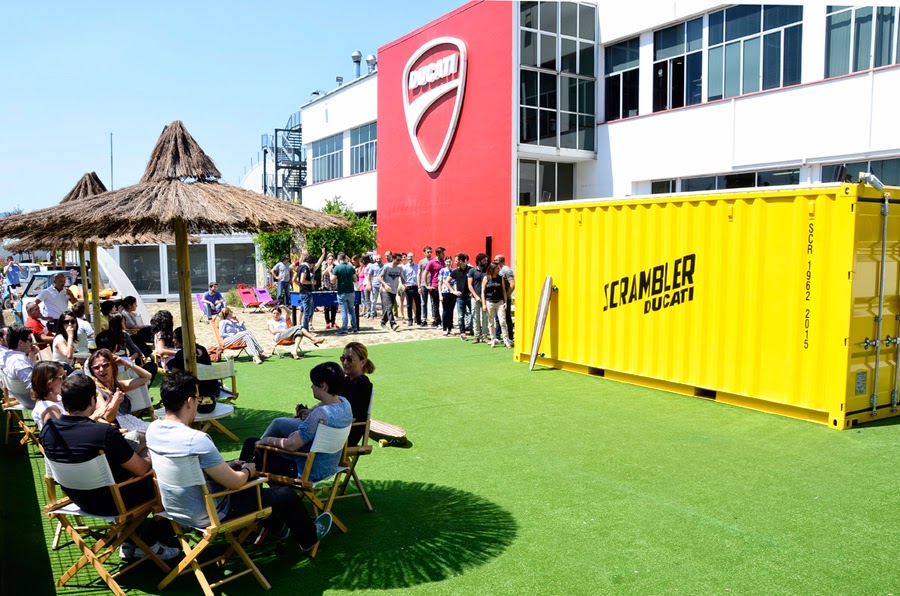 Well, we had an idea a year ago as well as earlier this year (despite official denials) that the Scrambler name was going to be used again for a Ducati motorcycle, and now it's official. Ducati have released a 'teaser' video in anticipation we would assume of a launch at the EICMA show this year, and the bike going on sale next year.

With the media seemingly aimed at a young/hipster/trendy/surfing(?)market, the Scrambler will probably sell pretty well, though don't know where a shot of someone standing half-naked in jogging pants comes into it. Their PR stuff says "Ducati decided to give its Bologna factory employees a surprise treat as they arrived for work on Monday, 9 June, with a private viewing of the prototype Scrambler. Setting a characteristic ambience for the new model, workers arrived to discover music and a beach atmosphere with surfboards, street food and a big yellow container in which they were able view the new model undercover."

Anyway, it's quite exciting after all this preamble to it being announced officially, hope we get a chance to test it, and we'll let you know what it's actually like to ride, and not just how cool it might look.

See what the original single cylinder Ducati Scrambler looked like - we tested one a couple of years back, and will feature the test in the magazine soon: Ducati Scrambler.

Moto Guzzi - are you watching?
Posted by ITALIAN MOTOR magazine at 10:01 1 comment:

Get ITALIAN MOTOR at GUTSIBITS 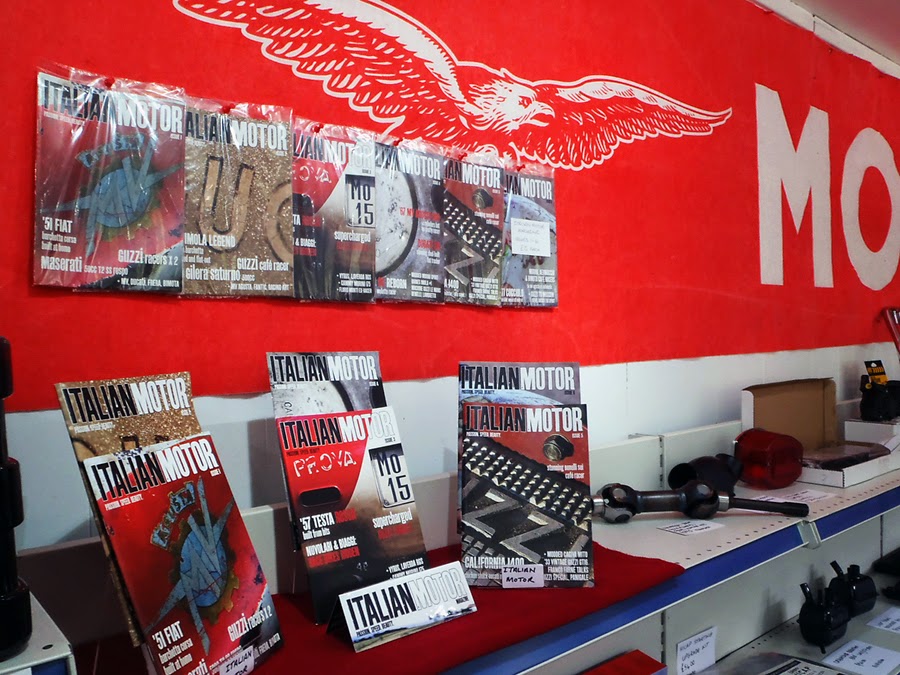 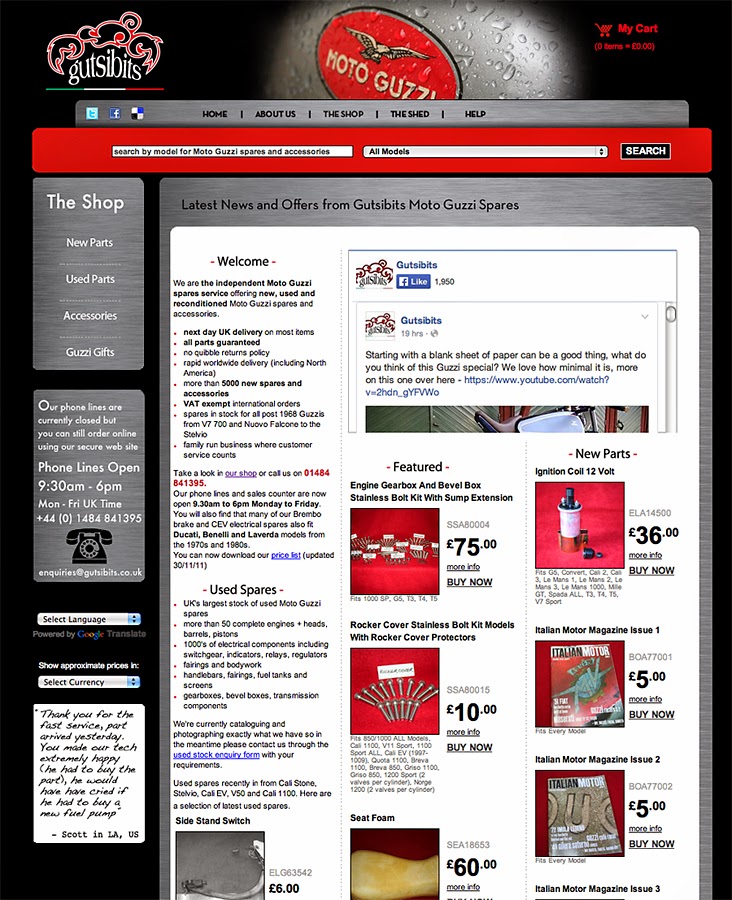 You can now order a copy of ITALIAN MOTOR and all the back issues from our friends and latest stockist, Gutsibits, so you can now order your sump gasket, oil filter and copy of IMM all in one go.

As their name suggests they find, stock and sell new, used and hard to find parts, spares and accessories for Moto Guzzis of all kinds, and their reputation for fantastic customer service and fast delivery is already legendary in Guzzi circles.

Not only that, they have supported us at the magazine from the beginning - you can't have failed to spot their stylish ad on the inside cover of each issue or one of their flyers inside you mag order from us - and their ad means that the mag can actually get printed up each time, so we simply couldn't do it without them. Thnaks Ed, Jen, Guy et al... We also like to think that their business ethic is similar to ours, i.e. the customer is always right, and they are always innovative and original.

So, what are you waiting for? You can pass by their shop up at those Upper Mills at Slaithwaite, Huddersfield and buy a mag and some spares over the counter.

Or - order online via their excellent and easy to use website which is: http://www.gutsibits.co.uk
Posted by ITALIAN MOTOR magazine at 09:33 No comments:

Email ThisBlogThis!Share to TwitterShare to FacebookShare to Pinterest
Links to this post
Labels: ITALIAN MOTOR at Gutsibits

Ferrari Dino garage find - how does this stuff disappear for so long? 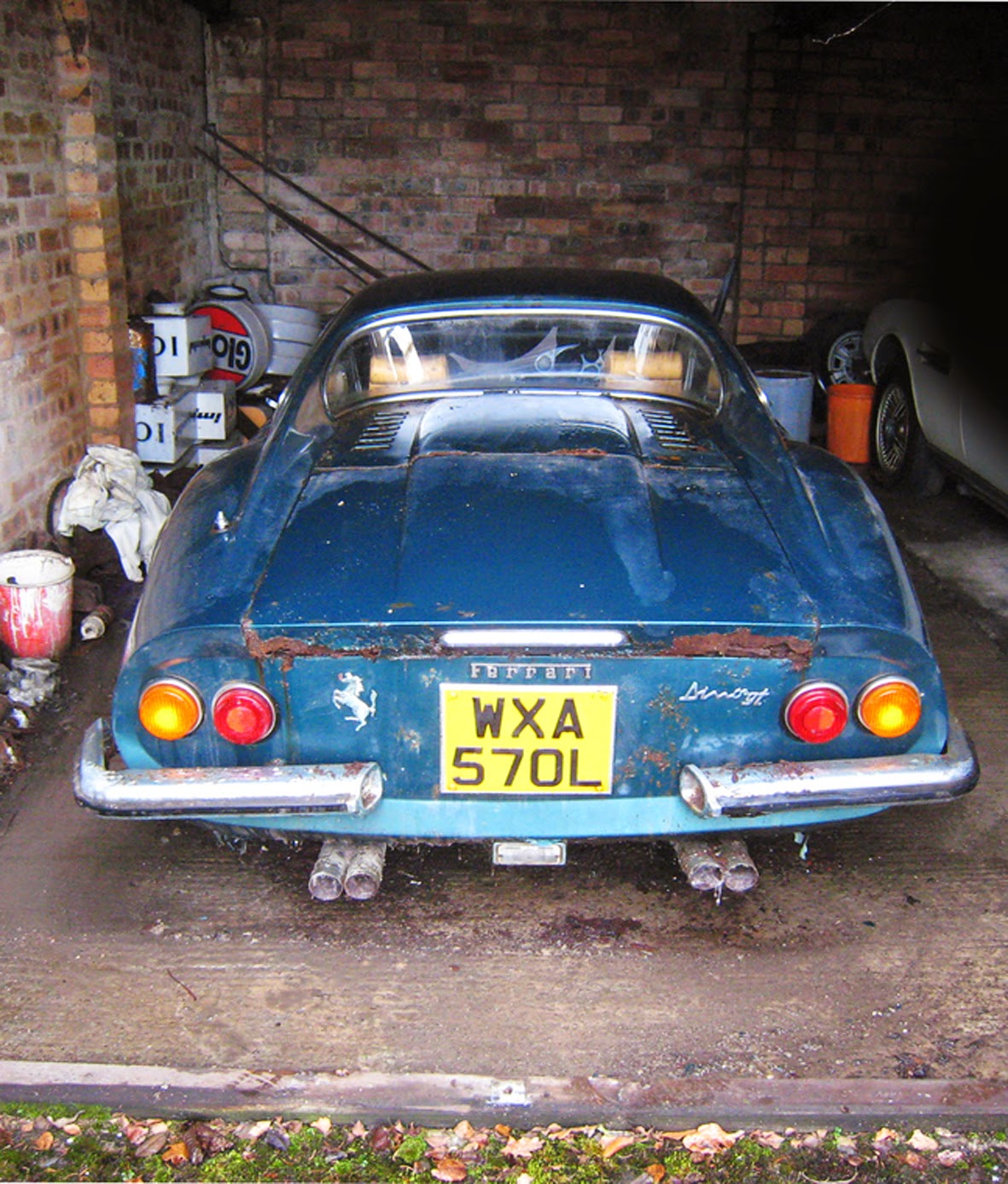 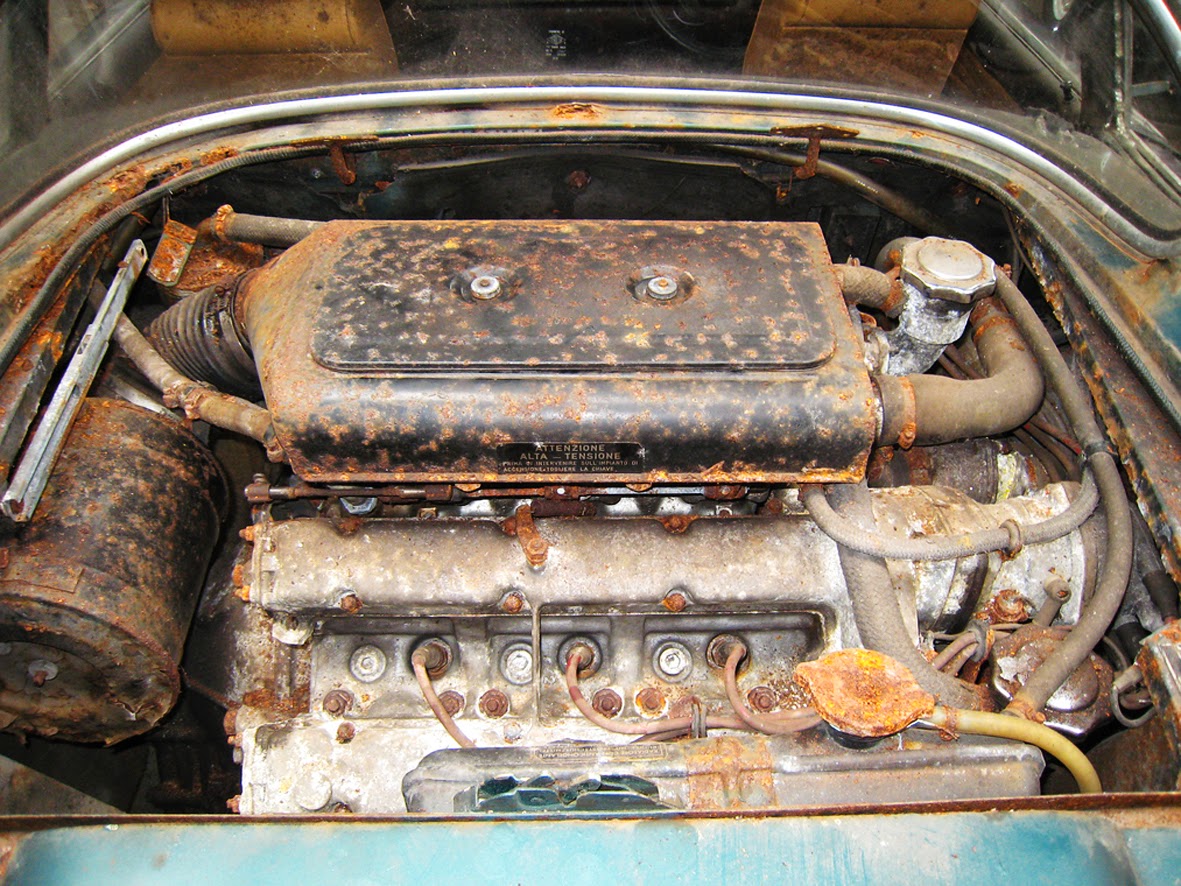 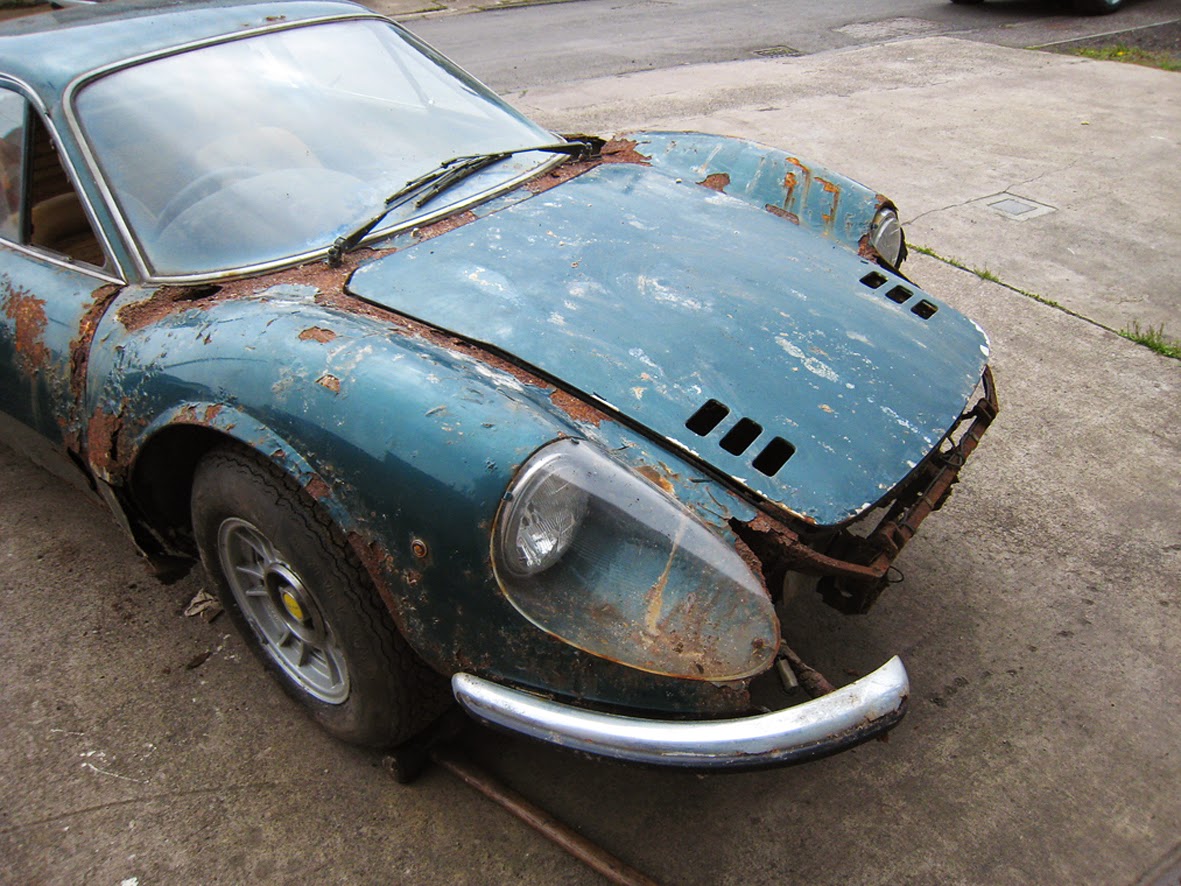 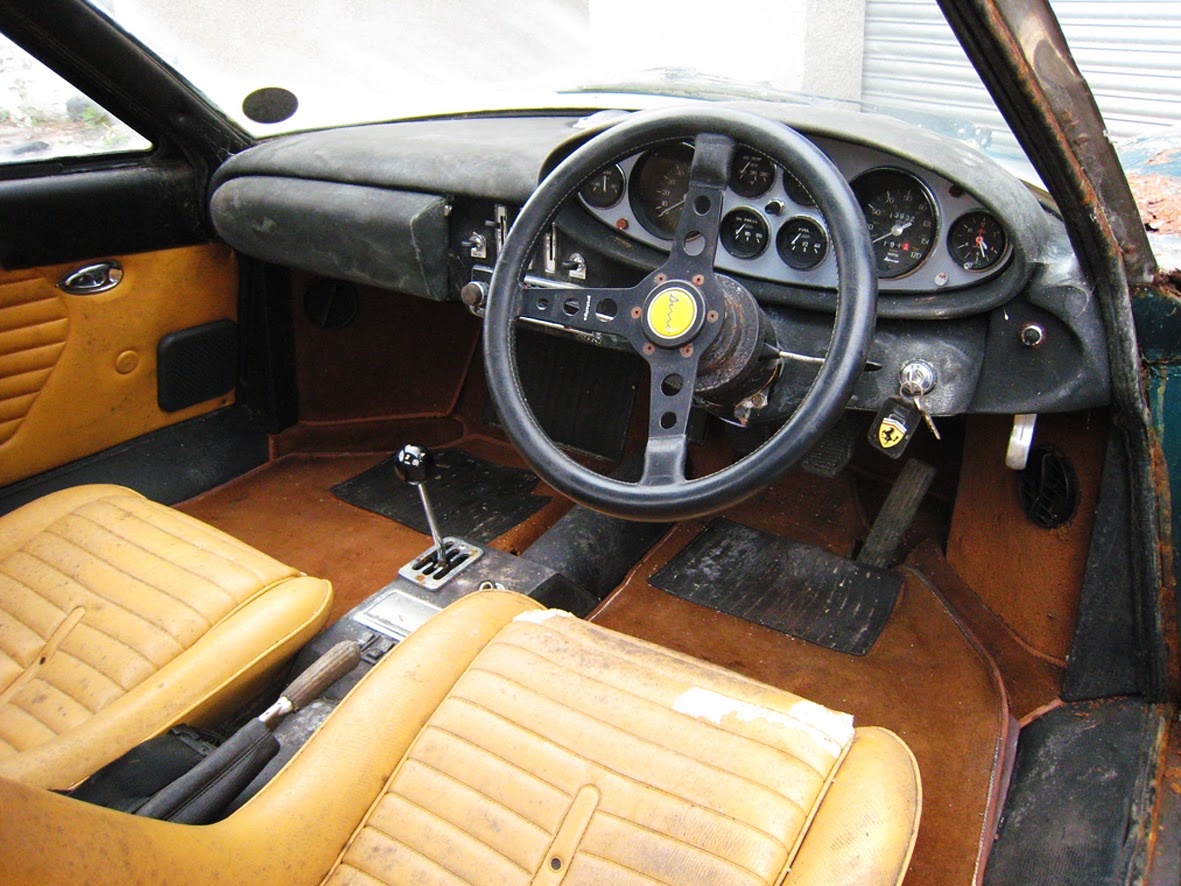 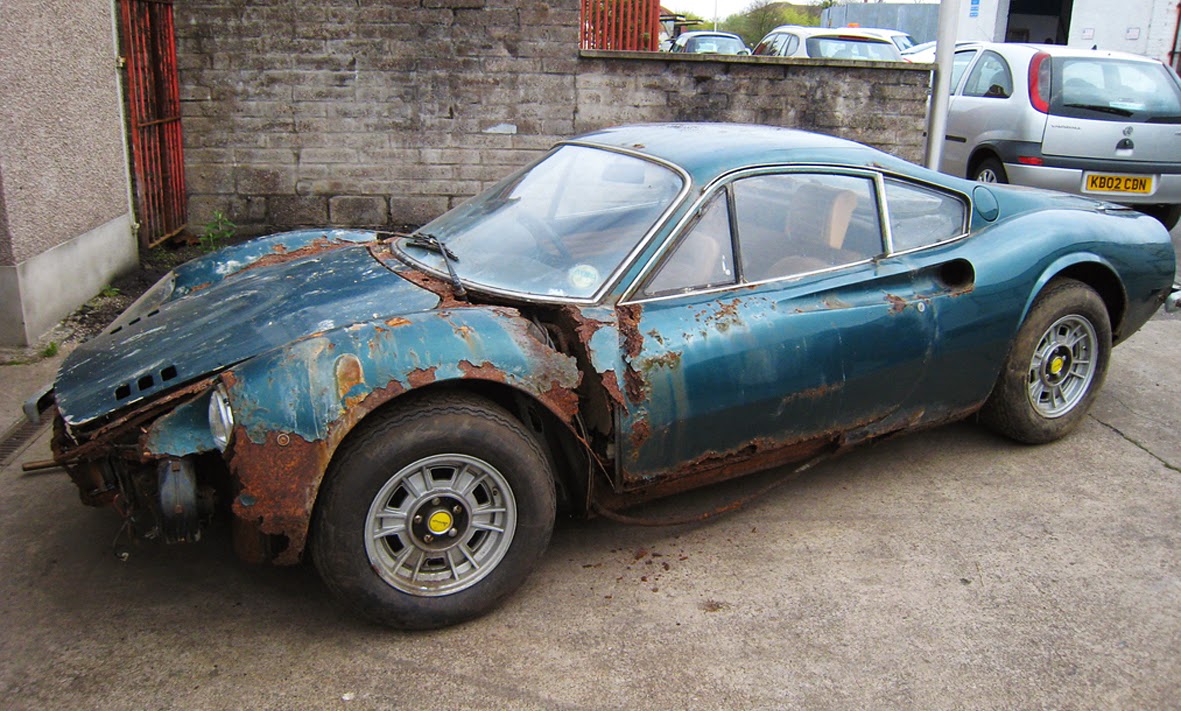 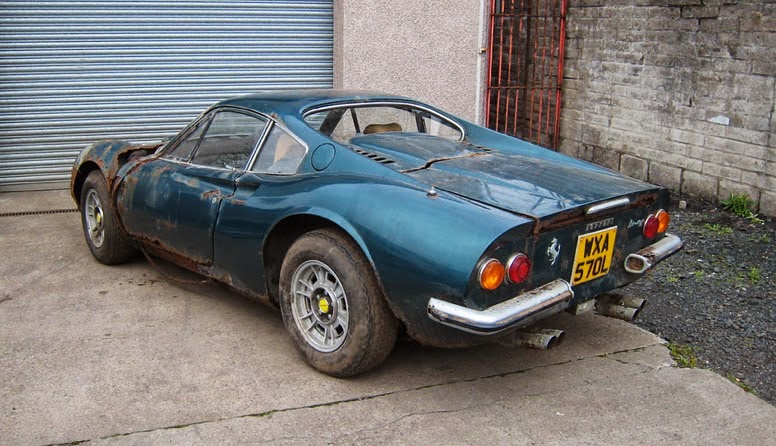 We don't often feature cars on the blog, but this 'garage find' and rusty as hell 1973 Ferrari 246GT Dino struck a chord, mainly because I'm pretty sure my brother and I shared a Matchbox model of one of these when we were kids (or was it a Marcos?). Anyway, who wouldn't want to open up a garage unused for years and find one of these inside?

Here's more info from Silverstone Auctions, who recently sold this Ferrari for a staggering £132,250.

"Presented from a deceased estate, Silverstone Auctions are pleased to offer a truly unique chance to acquire a garage find 1973 Ferrari Dino that has been hidden away since 1975.
This RHD two-owner car is showing a believed genuine mileage of 13,932. Finished in the rare Verdi Pino colour (with rust brown details) with optional headlight covers and with contrasting Tan interior. Delivered new to Kirkcaldy, the first owner kept the car for just one year before selling it to the current deceased owner in 1974.
He was a well-known Motorcycle racer, who used to drive like he was racing on a track everywhere he went. Allegedly, the story of how the car became forgotten was that he was driving home in the Ferrari at his usual breakneck pace when the police caught up with him, well tried to at least.... He outran the police, raced straight home, parked it in the garage and feared using the car for some time. In the mean time he purchased a new car and soon the Dino was forgotten.
It stood in the garage for a further 39 years until it saw the daylight once again. As you have probably expected, the idea of finding a low owner, low mileage rare optioned Ferrari Dino with an interesting story of being untouched for the last 39 years is, unfortunately, too good to be true. A leaky garage roof has meant the car has suffered from a severe case of what some may call water staining whilst others would say its simply rotten as a pear. Whatever choice words you used to describe the car, as you can see from the images it is in need of a total restoration."
Posted by ITALIAN MOTOR magazine at 09:38 No comments: 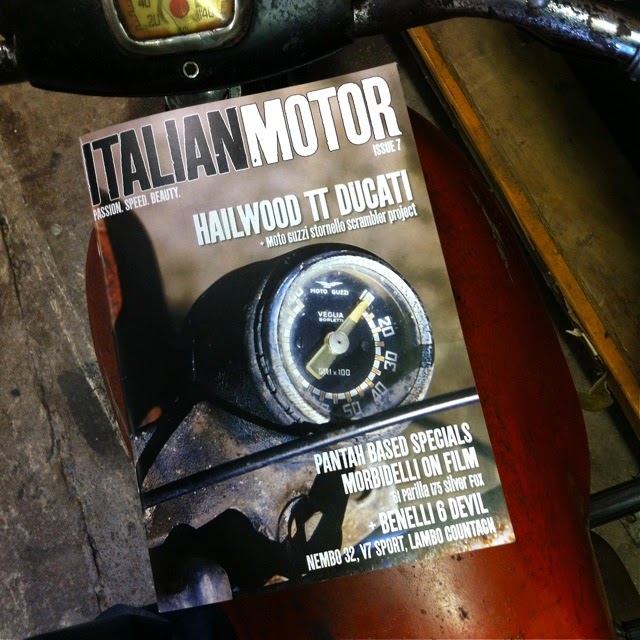 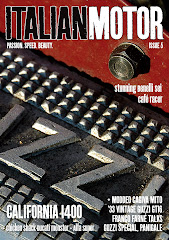 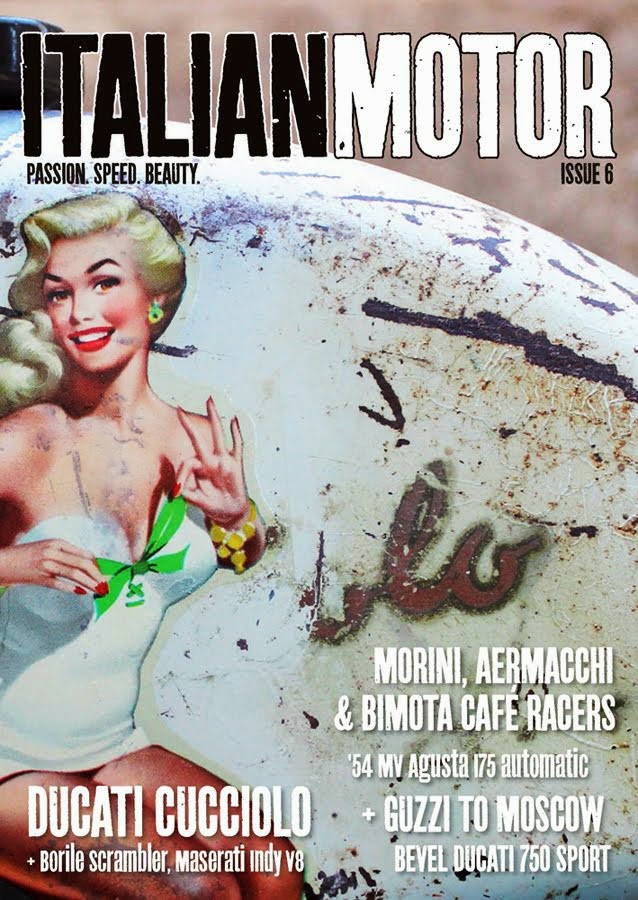 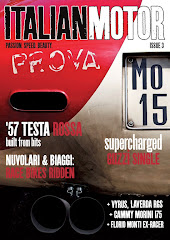 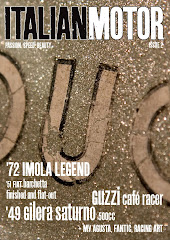 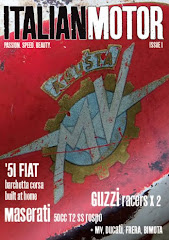 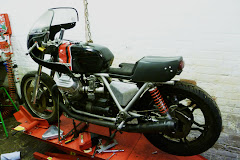